Skip to main content
If you like Woodpecker-CI, give us a star on GitHub ! ⭐️
Version: 0.15.x

GNU Make is a tool which controls the generation of executables and other non-source files of a program from the program's source files. (https://www.gnu.org/software/make/)

Install Node.js (>=14) if you want to build Woodpeckers UI or documentation.

For dependencies installation (node_modules) for the UI and documentation of Woodpecker the package-manager Yarn is used. The installation of Yarn is described by this guide.

Create a .env file with your development configuration​

Similar to the environment variables you can set for your production setup of Woodpecker, you can create a .env in the root of the Woodpecker project and add any need config to it.

A common config for debugging would look like this:

Create an O-Auth app for your SCM as describe in the SCM documentation. If you set WOODPECKER_DEV_OAUTH_HOST=http://localhost:8000 you can use that address with the path as explained for the specific SCM to login without the need for a public address. For example for GitHub you would use http://localhost:8000/authorize as authorization callback URL.

As a starting guide for programming Go with VS-Code you can use this video guide: 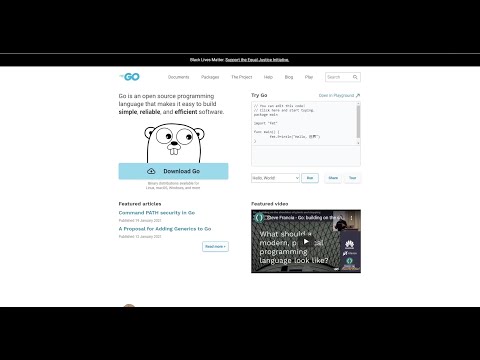 The Woodpecker source code already includes launch configurations for the Woodpecker server and agent. To start debugging you can click on the debug icon in the navigation bar of VS-Code (ctrl-shift-d). On that page you will see the existing launch jobs at the top. Simply select the agent or server and click on the play button. You can set breakpoints in the source files to stop at specific points. 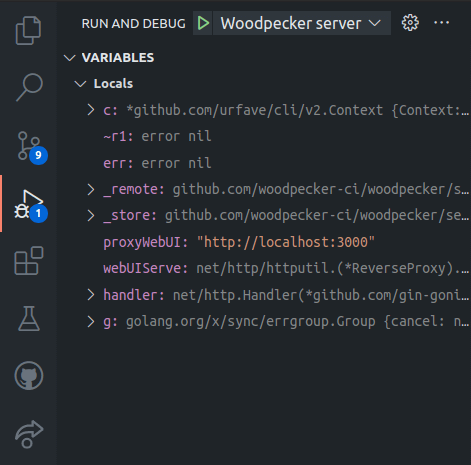 To test or lint parts of Woodpecker you can run one of the following commands:

If you want to test a specific go file you can also use:

Or you can open the test-file inside VS-Code and run or debug the test by clicking on the inline commands:

If you want to run a Woodpecker applications from your terminal you can use one of the following commands from the base of the Woodpecker project. They will execute Woodpecker in a similar way as described in debugging Woodpecker without the ability to really debug it in your editor.